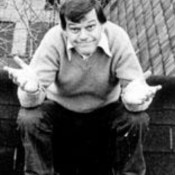 Tom Hendry is a Canadian whose collaborations with Stanley Silverman began at the Stratford (Ontario) Festival, where for some time Mr. Hendry was Literary Manager. He is co-founder of the influential Manitoba Theatre Center in Winnipeg, of Canadian Playwrights Co-op, and of Toronto Free Theatre. His work for the stage includes THE MISSIONARY POSITION, FIFTEEN MILES OF BROKEN GLASS, SEANCE, YOU SMELL GOOD TO ME, HOW ARE THINGS WITH THE WALKING WOUNDED? GRAVEDIGGERS OF 1942, BYRON, NOT IN MY BACK YARD, and DR. SELAVY’S MAGIC THEATER). Mr. Hendry is a frequent contributor to Canadian radio and TV drama and the originator of the daily radio series Heart’s Hope.