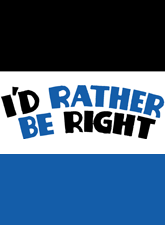 I’d Rather Be Right

The unique collaboration of Rodgers & Hart and Kaufman & Hart brought George M. Cohan back to Broadway after an absence of ten years, resulting in the largest advance sale in Broadway history. This Depression-era political satire, set in NYC’s Central Park, poses the question, ‘What’s a young couple to do when they can’t get married until he gets a raise, and his boss won’t give him a raise until the President balances the budget?’ Who should come strolling through the park but FDR himself, and soon he is determined to resolve the country’s economic crisis on behalf of his young new friends. The ensuing machinations bring on the entire cabinet, the Supreme Court, the Chief Justice, the Federal Theatre’s production of ‘Spring in Vienna,’ and the President’s mother. No one escapes unscathed in this hilarious political sent-up which, over half a century after its creation, still plays as if inspired by last week’s headlines.