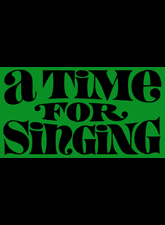 A Time for Singing

A lost treasure from the 1960s, A TIME FOR SINGING is based on How Green Was My Valley, Richard Llewellyn’s classic novel of a Welsh mining village. Librettist Gerald Freedman and Oscar-nominated composer John Morris weave a spirited and sentimental tale of the Morgan family and their struggles of love and labor at the turn of a century. Excellent for a large ensemble cast, A TIME FOR SINGING asks, “Do we ever know what we have, till we no longer have it?”

ENSEMBLE
Large Singing and Dancing Ensemble with many small roles