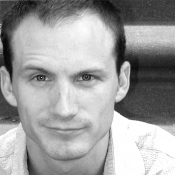 JEFF BOWEN wrote the music and lyrics for the Broadway musical [title of show] (OBIE award) in which he also starred. He has written music and lyrics for Villains Tonight! for the Walt Disney Company and the theme songs for the web series’ “the [title of show] show” and “Squad ’85.” His songs can be heard on the original cast album of [title of show], as well as Broadway Bares Openings and Over the Moon: The Broadway Lullaby Project recordings. Jeff is a proud member of ASCAP, AEA, Writers Guild, Dramatists Guild, and the National Audubon Society. @jefbowen