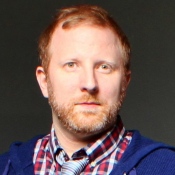 HUNTER BELL earned an OBIE Award, a Drama League nomination, and a Tony nomination for Best Book of a Musical for the Broadway musical [title of show]. Other credits include books for Silence! The Musical, Bellobration!(Ringling Bros. Circus), Villains Tonight! (Disney Cruise Lines), Found, Other World, and Julie Andrews’ The Great American Mousical. He is a co-creator of the web series “the [title of show] show” and has developed television with ABC Studios. Hunter is a proud graduate and distinguished alumnus of Webster University’s Conservatory of Theatre Arts, a member of the Dramatists Guild, Writers Guild, and a MacDowell Fellow. @huntbell