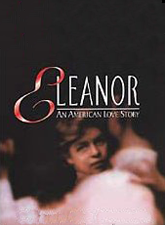 A hit at regional theaters across America, ELEANOR – An American Love Story chronicles the remarkable journey of the shy, insecure aristocrat who was destined to become First Lady of the World. Warmth, humor and insight inform the evolving relationship between young Eleanor and Franklin, their passionate courtship, tumultuous marriage and the courage that eventually lead to Eleanor’s emergence as a compelling catalyst for social change. By turns heartwarming and heartbreaking, the lush score, thoughtful lyrics and moving book make ELEANOR an uplifting celebration of the American spirit.

ENSEMBLE
The ensemble can be comprised of 6-12 men and women, plus one girl.