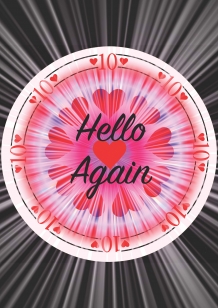 HELLO AGAIN is a series of love affairs among ten characters during the ten different decades of the 20th century. One character from each scene moves on to the next, seemingly dumping their old partner in favour of the new alternative. The series of vignettes begins in 1900 with a Prostitute soliciting an unwilling Soldier. The next scene takes place in the 1940s, and the Soldier, afraid of dying in the war, tussles with a sympathetic Nurse. Finally, the circle of lovers closes where it all began. A Senator quits his relationship with an Actress because of political liabilities, and then seeks the Prostitute from the first scene, whom he desperately wishes he could love. A tableau begins forming in the background, with all the couples singing “Hello Again” over and over in a moody recognition of love’s inescapable pull.

Principals: 6 Men, 4 Women. Other roles have specific doubling requirement. Please see the writer’s notes on our website for suggestions and advice.

The Senator, forties to fifties, Baritone to g